I've never been to Huntington Beach 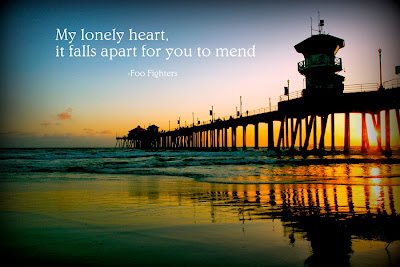 I have too many tabs open on my browser. I keep getting confused. Such is my life as I write a new story. I'm constantly checking, double-checking and then forgetting and re-checking facts, ideas, words, locations, etc. It's as frustrating as it is exciting.

I have no idea why my characters have to be involved in sports, activities and ways of life that I know nothing about. I'm sure that if they could all make pizzas and have fairly predictable phobias, I'd be able to write their stories in no time.  But that's not who they are, now is it?

Rock stars, snowboarders, and now adding surfers, physical therapists and...wait for it...sculptors. Whaaaat? Seriously. This is my life now. These characters have got me all turned around.

Not even the flu can stop me

I finally finished going through LTF line by line, correcting the typographical errors.  Took me almost two weeks. But the final revision has been uploaded to Kindle and I feel like I can relax just a bit.  But not really.

Mike's story is itching at the tips of my fingers. I'm free to work on book 3 now, tentatively titled Up In Arms.  I want to finish the rough for this one before beginning hardcore revisions on book 2.  I've already chosen my soundtrack and I can see many days ahead of me sitting on the front porch during Bear's nap time listening to the Foo Fighters album 'There Is Nothing Left To Lose.' I'm sure more songs will get added to the playlist as I go, they always do.  But the beginning is usually centered around one, simple feeling that a particular album evokes.

I have no idea how long the rough for book 3 will take me. Hopefully not too long.  But Mike is complicated and kind of tragic. It might go quickly, like book 2 did.  The moment I become emotionally invested in my characters, I type like a maniac to find out what happens next.  And 4 chapters into book 3, it happened.  So...shouldn't be long now.

Book 2. *le sigh* Blake's story, In Your Honor, is my absolute favorite thing ever. I really can't wait to share it with you. I probably shouldn't like it as much as I do.  But I really can't stop. I need to get a move on so I can do revisions and get it released. Does January sound good to you?

So what comes next? What happens now that I've released Luke and Lenny's story to the world? Well, for starters, Blake has some things he really needs to share. I've completed the rough of his book and I will begin first round revisions on it shortly. But I have also begun the rough of book 3 which will concentrate on Mike (and some others you'll probably recognize.)

It's weird. When I sat down to write Learn To Fly, I had no intention of publishing.  I didn't even know if I would finish writing it.  Now, I have so many storyline's swirling through my head, I'm not sure I'll ever find the time to write them all down. But I'm definitely going to try.

Here's hoping y'all stick around to see what comes next.  Book 2 is titled In Your Honor and it's my favorite so far. I love the characters and the story moves me like I never expected. I can't wait to share it with you!

I listen to a lot of music while I write. A lot of what I listen to is reflected in the story and in the characters which is why I name my chapters.  Out of the hundreds of songs that helped inspire this story, I narrowed down the most important ones that correlate with the chapters. I hope you enjoy them as much as I do :)

you can purchase Learn To Fly here!

This week's teaser is the LAST one before Learn to Fly goes live! I'm giving you a big one this week, the whole prologue!

Cologne, Germany
Two years ago
Luke rubbed his eyes, trying to clear the aggravation and exhaustion from his head simultaneously. His mind raced with flashes and images of the previous six months, compiling a staggering montage of lights, music, chicks, booze, fights, landmarks, more booze, plane flights, brawls, interviews, parties and even more booze.
“This isn't how it's supposed to happen.” He realized his words were probably a waste in the quiet hospital room. It didn't matter. He had some things he needed to get off his chest and Mike was the only one he told things to. Ever.
“We were gonna become mega rock stars and see the world, remember that? We had a deal. We promised we wouldn't do all the stereotypical bull crap that so many who'd gone before us did. We were smarter than that.”
He sighed heavily and ground his teeth together at the lack of argument that came from the still figure in the bed. Luke would prefer a straight out brawl to the steady sound of the ventilator and gentle beeping of the bedside monitor.
He wished Mike would defend himself. Shout and yell, give him an excuse or explanation. But the soft hum of the machines keeping him alive was the only response.
The past twenty-fours had been the worst kind of wake-up call Luke had ever received. He'd been at a bar with Blake, ignoring Carl's incessant cellphone harassment. All while his best friend and drummer had been rushed to a local hospital for a drug overdose. By the time Carl got through to them, Mike was already in a coma.
No one knew what Mike had taken, but Luke suspected it was heroin. The toxicologist would know soon enough. The real question, the one that had Luke's stomach tied into a thousand and one knots, was whether or not Mike had done it on purpose.
“You can't die.” Luke said sternly, his hands raking back his dirty blonde hair. “I need you to wake up so I can kick your ass.”
He should have seen this coming. He knew Mike was upset. He had been for most of the tour but Luke was too busy having...a good time. He didn't want to get weighed down by Mike's sour disposition. So he had started avoiding him. Ignoring him.
“I'm sorry,” his voice cracked as emotion filled his throat. “I should have been there. I would've stopped you.”
But that was a lie. Luke had spent the majority of the tour completely wasted, he wouldn't have known what to do at all. It was a miracle that Carl, their ever-loyal tour manager, had checked on Mike on a hunch. And it still might not have been in time.
“Seriously, wake up.” Luke said again, swallowing hard. “I don't know what happened with Ilsa and I don't know where we go after all of this but I promise...I promise you won't go through it alone. And I promise I'll be the brother to you that you always were for me.”
Hot tears dripped down Luke's face. “But you can't die...You just can't.”

Today's teaser is coming a little late. It's just a small one. But along with the teaser is the song that, for me, is Luke's theme. I can't hear it without thinking of him.

Very few times in Luke's life did he know exactly what step he was supposed to take. He usually guessed wrong and had to go back and try again. His past was filled with apologies, misunderstandings and broken fences that no one could mend. Not this time. Not with this moment.

Watch this video!
Drive All Night