My brain is nearly worthless. So I'm sorry if we're having a conversation and I go slack jawed and stare off into space.  It's because I'm so deep inside book 2, it takes a monumental effort to rejoin real life and become a functioning piece of society again.

Sometimes I'm going over a chapter and I think to myself, "Brilliant! Amazing! So much angst and tension! You're the best, Heiders!" (Yes, I call myself, Heiders in my head and only occasionally out loud.)

But then I get to the next paragraph and I say, "No. I'm the worst. This is shit. Pure feces. You're not a writer, Heidi Rae. You're just bad." (I call myself by my middle name when I'm disappointed in myself, ask my co-workers.)

It's torturous. Feel bad for my betas and my editors. They have to put up with so much more than you ever will know about. >insert threat about the burn pile here>

But truly, In Your Honor is the greatest thing I have ever written. Though if you look up to the third paragraph you realize that's not very good.  I still want to share it with you.  And I want you to tell me if you hate it. And how much you hate it. And if it ended up in your burn pile. But what if it's the greatest thing ever?! But it won't be. Because I wrote it. 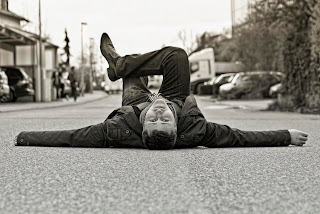 This is mostly just me venting about something I had no idea was even an issue until recently.  Serial Returners. Or Pirates. Or as I call them, thieves.

Apparently it happens frequently and often.  Someone downloads a book on amazon or nook or something, they read it, then they return it for a full refund.  They don't give a reason, they don't leave a review that says, "I really hated this book because it went against everything I believe in." Or, "This was poorly written and I felt ripped off." They just quietly hit the return button and get their money back only to do it to someone else.

Maybe it's all my years of working in the restaurant industry but i feel like if a customer is so dissatisfied with their purchase that they are demanding their money be returned then at the very least, they should have to give a reason. Teenagers tried to pull crap like that all the time. They'd come in, order some bread sticks, eat the whole bag and then ask for their money back.  "What was wrong with the product? You ate all of it."  The response was usually, "I didn't like it." With which I would offer to remake it and they usually jumped at the chance to eat more bread, as long as it was free.

This leads me to believe that the policy, The Customer is Always Right, has been incredibly abused and misused.  And as a result, we have a generation of people who think it's okay to rip off a business. A product costs money to make.  It takes time and usually several different people before it reaches the consumer.  So when the consumer doesn't fulfill their end of the deal, and doesn't pay for the product they received, but only consumes, the lasting affects can be devastating.

Some businesses simply can't afford to absorb the selfish impulses of those who won't be responsible for thier decisions. It's starts with price hikes, employee layoffs and eventually business closure. What's weird is that there are provisions put in place for people who can't afford different things.  Can't afford to a buy 12 new books a week but you love to read? Public Library.  Music is your heart and soul but it's too darn spendy? Radio anyone?

Really, nothing can be done. It's irritating and it's a a problem but there's no way to get people to be decent human beings.  It's a personal choice. We can blame parents, society and too much sex and violence on TV if you want. But it really comes down to personal responsibility. We all have to make our own choices.  And I, for one, have never asked for my money back for food I've eaten, music I've listen to, clothes I've worn to a single event, or books I've read. Even if the end result didn't sit well with me. That's the risk you take when you purchase something. It's the same type of risk the artist takes when they release their work for the public to dismantle.  Have some respect for that kind of bravery.
Posted by Heidi at 4:19 PM No comments: